What is Gender Lens Investing?

Gender lens investors use their investment dollars to promote gender equality and improve the lives of women and girls.

Selecting investments through a gender lens means analyzing opportunities based on the potential to create positive impacts for women in addition to the potential for improved risk adjusted returns. Gender-based factors and financial performance data are weighed in the investment decision-making process. It is a form of impact investing in which investors use their capital to create positive social change that aligns with their values.

Impact investors may use a gender lens to analyze opportunities across asset classes, choose individual securities for investment, or assemble entire portfolios. Gender lens investing strategies vary depending on the financial and impact goals of the investor. 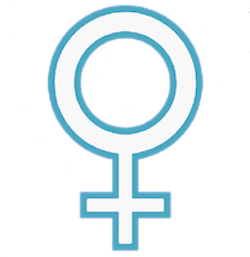 Gender lens investors seek out investment opportunities in companies or funds that are owned, led by, or managed by women or in firms that:

To see more, look at the gender lens criteria developed by the G7’s 2X Challenge, a global initiative to drive $3 billion in capital towards investments that will benefit the lives of women and girls.

The Goals of Gender Lens Investing

Empowering women, moving our economy and society toward gender equality, closing the gender gap (in terms of pay and access to capital and opportunity) through strategic financial investments are a few of the social outcomes that gender lens investors aim for. Gender inequality can be measured in a number of ways. Here are a few facts about the challenges that gender lens investors are working to solve.

Only 2.8% of venture capital invested across the entire U.S. startup ecosystem went to companies founded and led by women in 2019 and that was an all time high. According to the Global Impact Investing Network (GIIN) women-owned microenterprises and small and medium enterprises face a $1.7 trillion shortfall in access to finance worldwide. See the GIIN’s Navigating Impact Project report on increasing venture capital funding to women-led businesses.

Though pay rates for women are rising, the gender pay gap still exists. According to data compiled by Pew Research Center In 2018, women in the United States earned only 85% of what their male counterparts were paid on average. That same year, the US Bureau of Labor Statistics reported that women earned only 81.1% of what men earned in the same occupations.

The Center for American Progress examined the data around women in leadership positions in government, business, and other spheres of life. Their figures demonstrate that even though women make up over half of the population in the United States, women are dramatically underrepresented in leadership roles at both public and private organizations. Among US business In 2018, women held only:

Though we still have a long way to go to achieve gender equity, progress is being made. The gender pay gap and the venture capital gap for female founders are narrowing while the number of female founders is on the rise. We can’t exclusively attribute those gains to gender lens investing, but we also can’t say that those gains would have been made without the growing movement to make strategic investments that benefit women. The growth of the movement has risen as an increasing number of economists and global leaders are seeing benefits, not only for women, but also for investors and the global economy.  A McKinsey Global Institute report from 2015 projected that improving gender equality could add $12 trillion to global GDP by 2025.

Recent research indicates that gender diversity can actually make a business more productive. A study released by S&P Global in 2019, titled When Women Lead, Firms Win, found that companies led by women  are more profitable and produced significantly higher stock price performance than the market average. Among other findings, S&P’s study also showed that firms that include a balance of men and women on their board of directors were more profitable than firms with almost exclusively male boards.

Gender lens investing pioneer Jackie VanderBrug,  who is now the Managing Director of Sustainable and Impact Investment Strategy at Bank of America, called the field “one of the biggest underexplored opportunities for driving social impact” at the SOCAP conference in 2012. In her talk on Gender Lens Investing: Expanding Returns Through Expanding Opportunity, VanderBrug gave a great overview of the evolution of gender lens investing and the reasons why it can be such a powerful tool for creating social change. In 2018 VanderBrug came back again to SOCAP to join two other pioneers of the movement, Joy Anderson, President of the Criterion Institute and Suzanne Biegel, Founder/Chief Catalyst of Catalyst at Large to chart the “mainstreaming” of the field and to discuss what is working in the state of the field of gender lens investing.

One clear sign that investors are recognizing that gender lens investing works is that demand for gender lens investment products has grown very quickly. The ecosystem is rapidly expanding with an increasing number of new investment products becoming available that support gender equality, including mutual funds and ETFs. According to a report by Veris Wealth Partners, Bending the Arc of Finance for Women and Girls, it took a full quarter century for the first $1 billion to be invested in public market gender lens investments, and only one year to reach the $2 billion mark. Gender lens assets under management (AUM) reached $2.4 billion in 2018.

The Future of Gender Lens Investing

Women’s rights are human rights. Increasingly, people are concluding that we must address gender disparities and  gender equity is necessary if we are to achieve social, political, and economic stability and growth globally. Gender Equality is number five on the United Nations’ list of Sustainable Development Goals (SDGs).  In describing this goal, the United Nations says that achieving gender equality is seen as “a necessary foundation for a peaceful, prosperous, and sustainable world.”

The future of gender lens investing will be shaped by the vast numbers of new investors that are joining the movement. Along with a rise of interest in sustainable, ESG, and impact investing, more and more investors are seeking out gender lens investment products by name or looking to address gender disparities through strategic investments in companies that are led by women or are innovating new solutions that will improve the lives of women and girls in communities across the world.

Our Approach to Gender Lens Investing

Our mission is to help our clients align their investments with their values, including gender equality. Earth Equity Advisors has experience helping investors shift their funds into investments selected to benefit women. For example, we offer Green Alpha’s Next Economy Social Index, a unique investment portfolio managed by Green Alpha Advisors that is constructed using gender and social inclusion criteria, including an examination of gender diversity among leadership. The list includes companies with strong female representation on the board or in a leadership position. Additional portfolio weight is given to companies that are led by women.

Schedule an appointment or give us a call to talk to us about gender lens investing.

Isn’t it time you started investing with your values?

Get Started
Scroll to top