Written by Krista Kurth, Ph.D. on her blog, Climate Action for Every Day People.

Momentum for action is building around the world

In the last few weeks, I’ve felt inspired and hopeful about the growing momentum in global climate action. Even though I recently wrote about being daunted by the challenge before us, after attending many events leading up to and after Earth Week where experts and representatives from around the world spoke about the climate crisis, I now am back to being optimistic.

While there were too many events in the past few weeks for me to attend them all, I made it to a fair number of meetings, including the Climate and Energy Funders Group gathering, WRI’s Global Leadership Council meeting, an Ocean-Based Solutions meeting hosted by United Nations Foundation and Ocean Conservancy, and the Nobel Prize Our Planet, Our Future Summit. There, I listened to a range of speakers including Presidents of Island Nations, students, and more well-known speakers like John Kerry, Special Presidential Envoy for Climate; Gina McCarthy, the White House National Climate Advisor; Johan Rockström, Director of the Potsdam Institute for Climate Impact Research; Andrew Steer, former President of World Resources Institute and new CEO of the Bezos Earth Fund; and Sandrine Dixson-Declѐve, Co-President of the Club of Rome.

They gave me lots of good news to share. Here is some of it in list form (not in any order of priority):

Yes, we still have a lot of work to do. And we still need to pause from time to time to mark the progress and results of our action. It provides us with fuel for the road ahead. I hope that the world will use the rest of this year to create specific and far-reaching plans to make real strides towards halving GHG emissions by 2030 and address inequities in our society. We have the knowledge and the technology to do this if we work together. We need to continue to seize the moment.

I’ll leave you with this inspiring 1-minute This Is Our Moment video that the World Resources Institute distributed on Earth Day this year. May it, the positive news in this article, and elsewhere in the global community be fuel for your climate action. 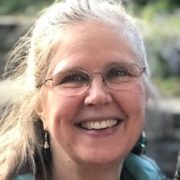 “I am deeply committed to living a green life and supporting global action to create a sustainable future where everyone has enough, all communities are healthy and safe, and the environment is preserved for generations to come. As a Senior Fellow at Green America’s Center for ​Sustainability Solutions (GACSS), this blog is one way I am contributing to a sea change in our response to the climate crisis.”

“SRI 2.0” is Not What You Think – You Really Can Have it All
Scroll to top