Sometimes you have to meet where you have to meet. Representative Beyer of Virginia is one of the new kids on the block. Because of that, his office space is limited. So, when we met with his staff on Wednesday, our meeting room doubled as a storage locker.

Wednesday morning started off with a visit to the White House Conference Center complex, including going thru a secret service checkpoint. The White House had extra security because the Japanese Prime Minister was in town. We met with folks from the Council on Environmental Quality whose focus is on climate, public health and resilience. I found it interesting that the word resilience was used often by members of the administration, both from CEQ and Agriculture.

The EPA’s Clean Power Plan also was big on their agenda. Basically, they’re looking to reduce carbon dioxide emissions to 30% below 2005 levels over the next fifteen years. States are given the choice of how they do it – solar, wind, geothermal, energy efficiency, etc – or a combination. We believe that the plan will be a big job generator as states take action to implement the plan.

A little later in the day, we met with Undersecretary of Agriculture, Robert Bonnie. He reiterated to us that the President is personally very engaged on climate change and energy solutions. He said that the Forest Services sometimes spends as much as 50% of it’s budget on fire fighting – a direct result of a warming climate. From the agriculture perspective, Undersecretary Bonnie is focused on:

We rounded out our advocacy trip by heading back to the Hill and visiting with five House of Representatives offices. We met with staff from both sides of the aisle again, and were greeted with interest and good questions.

General Seip was our expert on military research and use of renewable energy. I enjoyed working with him, because he’s been at the front lines of our energy supply. When he was overseeing the air war in Iraq, his charges had to protect the convoys supplying oil to the ground troops. He said lots of soldiers were lost delivering and protecting the oil. He strongly advocated for continued research into advanced biofuels and other renewable energy technologies by the military as a matter of national security and to avoid putting more soldiers in harms way.

We wrapped up our visit with a tour of the Capitol and the viewing galleries of both the House and Senate.

Overall, it was outstanding trip. I learned much about advocating for causes, engaging with lawmakers and the overall governmental process in Washington. Given the opportunity, I would gladly head back. 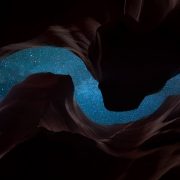 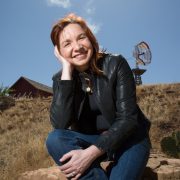 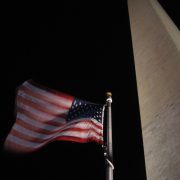 What if it’s all a hoax?