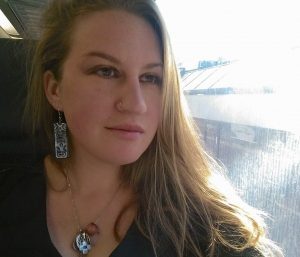 I have spent much of the last six years organizing in our regional and national governing bodies as part of my work as one of the leaders of the movement in the Presbyterian Church to divest from fossil fuels.

It has been a gift to learn more about the groundbreaking shareholder engagement my beloved denomination has spearheaded.

For decades, the denomination’s investment committee, Mission Responsibility Through Investment (MRTI) has met with corporations in a variety of sectors, calling on the companies in which we hold stocks to uphold policies that promote justice and peace in our world. Mostly, the committee has been successful in that work.

In recent years, organizers in Fossil Free PCUSA have asked our denomination to stop meeting with fossil fuel companies. We have called upon our church to remove our funds entirely from the fossil fuel industry.

Almost without exception, the leadership of the fossil fuel industry has lied about the fossil fuel industry’s complicity in creating climate change and has shelled out millions of dollars to confuse the larger public about the realities of climate change. (See the  New York Times Magazine issue “Losing Earth” for a concise explanation of how the industry—and Exxon specifically—muddied  the waters of climate policy for economic gain.) The executives of the industry have made calculated choices about their business models to profit off of the changing climate, targeting our planet in order to bolster their bottom lines. These choices are wrong.

Over the last five years, MRTI has returned again and again to shareholder resolutions with fossil fuel companies. The investment committee has done their best with the directions given to them by the denomination, but they have also operated under the assumption that the industry will change their ways.

This assumption does not take into account the long history of fossil fuel companies targeting low-income communities and communities of color for siting refineries or waste facilities. In doing so, the committee ignores the decades of misleading information and cover up about the connections between the creation and burning of fossil fuels and the exacerbation of climate change. Instead, the committee believes that, over time, the industry will change despite decades of evidence that shows otherwise.

This hope—the vain hope that behavior will change, even though there’s very little evidence given that change will ever come—reminds me of an internship I completed during seminary at a domestic violence shelter. Working from a feminist model of solidarity and presence, I had one role: to sit with the women who came to stay at the shelter and to support them.

Power comes in cycles. During their time at the shelter, these women would learn more about the cycles of power and control. About how their abusers would promise to get better, often with sincerity, only to cycle back into violence into order to control the relationship. Abusers declare that their partners cannot live without them. Or: abusers convince their partners that they must stay in order to help end they abuse. These are false statements used to control partners who experience abuse.

The women in the shelter are not the only ones who needed to grapple with cycles of power and its abuse.

How long will we wait for an industry that has abused workers, land, and air to follow through on changes that would allow for more life?

The fossil fuel industry tells us that we cannot survive without fossil fuels—and that our investments thrive because of the good things these fossil fuels have brought to our lives, regardless of their shortcomings. We are told that we should do everything but leave, because if we stay maybe we can change the industry.

I want to be clear that I do not mean to shame women who are embedded in abusive relationships. There are many reasons why someone may not be able to leave a relationship (among them economic dependency, personal safety, religious upbringing). But there are no reasonable economic, safety or religious objectives for our church to stay in an abusive relationship with the fossil fuel industry.

How long will we live through an abusive power cycle—an oil spill devastates our drinking water (for example), a company promises to clean it up, the company cleans it up, and business goes back to usual—before we say we’ve had enough?

We—the planet and all humans and creatures who call this planet home—deserve better.

All our work to get the Presbyterian Church to end its dependency on fossil fuels is rooted in a sense that we have already had enough. It is time to leave.

We do not have to believe the false statements that eventually the industry will change. We do not need to wonder if things will change. We are not powerless. We can, instead, choose to move into new relationships with renewables, a just transition for workers, and reinvestments in life-giving hope.

October is Domestic Violence Awareness Month, but people experience domestic violence all year round. If someone is abusing you or someone you love, and you would like help, please call the Domestic Violence Hotline at 1−800−799−7233 or visit www.thehotline.org.

You are not alone.

Rev. Abby Mohaupt is an ordained clergy person in the Presbyterian Church (USA). She is devoted to living with integrity at the intersections of eco-feminisms, social justice and spirituality. She regularly guest lectures on religion and ecology, with an emphasis on the intersection of race and gender. She is the moderator of Fossil Free PCUSA, a grassroots movement in the PCUSA working toward divestment from fossil fuels throughout antiracist, feminist and inclusive organizing.